John is the managing partner of the accounting firm of Grove, Mueller, and Swank, P.C.  He has a general tax practice, working with individuals, corporations, trusts & estates, retirement plans and tax-exempt organizations.

John is originally from Tennessee.  In 1984, he received a Bachelor of Business Administration from Belmont University in Nashville, Tennessee.  During the time he attended Belmont, John met and married Mary Rowell, who was a native of Salem.  After receiving his accounting degree, John wanted to go to law school.  Mary wanted to go back home.  Willamette University was the solution.

He began working at Grove, Mueller & Swank as an intern in 1986, after his second year of law school.  John received his law degree from Willamette University College of Law in 1987.  He took and passed the bar exam, the CPA exam and became a dad all within 10 weeks during the summer of 1987.

John is currently a member on the Governor’s Council of Revenue Forecast Advisors, which assists Oregon's State Economist in developing tax revenue projections.  He has also been an adjunct professor at Willamette University, teaching a tax class in the MBA program at the Atkinson Graduate School of Management (1991 to 2003).

He believes in giving back to the community.  He currently serves as:

He has previously served as:

John and Mary have been married over 40 years and have two children.  They love to travel and to cheer for the OSU Beavers and Portland Trailblazers.  John’s most favorite pastime is rocking on the porch of his log cabin in the Appalachian area of Tennessee! 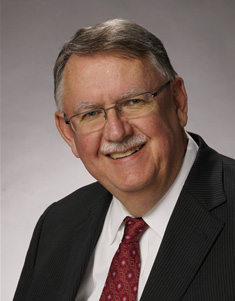 We’re available to answer your questions and explain how we can assist you or your business.

Just share a few details and we’ll schedule a call.